January is red scraps month in the online Rainbow Scrap Challenge. Now that I’ve been working on them for a couple weeks, I feel as though I’m finally gaining some control over them.
I did lose an entire afternoon of sewing on Thursday when we had our furnace guys out to do a tune-up. Between Bruce and them, we realized our humidifier wasn’t working (itchy skin in this dry winter climate is a clue), so we had a new one installed to replace the 25+-year old one. It took them over 3 hours and we were on-and off without heat or power. And the cats were, of course, deep in hiding. Anyway, it’s all good now, but ouch! That hurt the ol’ pocketbook. There was an extra zero at the end of what I had guessed it would cost.
So I settled in to quilt the sailboat quilt on Friday, and my machine was giving me fits. It sounded like a clackety-clack bicycle with trading cards clothespinned to the spokes! I took it back to the dealer, and it worked just fine for them. Of course it did. Back at home, it was back to clacking (with poor tension on the quilt back), so I gave up about 70% of the way through. I’ve replaced the needle, cleaned and oiled the machine (even though I’ve only had it back for a couple weeks from its annual service), and tried to adjust the tension. Nothing helps. Tomorrow I’m going to get tough. I figure I can threaten to throw it outside or buy a replacement. That machine will be scared straight, I’m sure of it…..anyway… all that to say that the sailboat quilt isn’t finished yet. But there are other things to share. 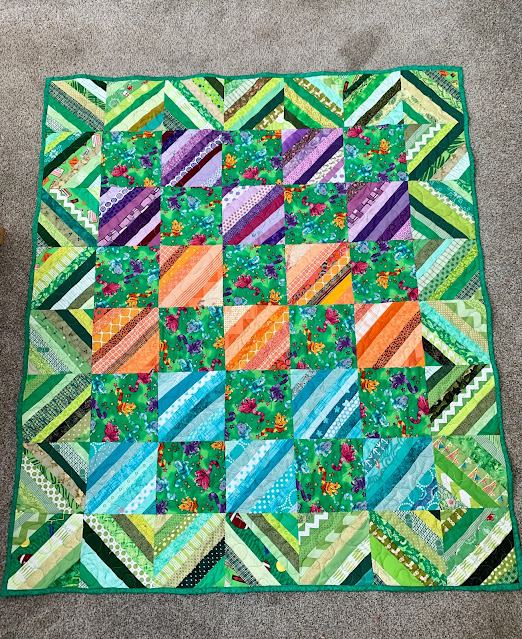 The green string cats donation quilt finished at 42x48” and will go to - where else? - Quilts for Kids.  The backing used the last of the cat squares. 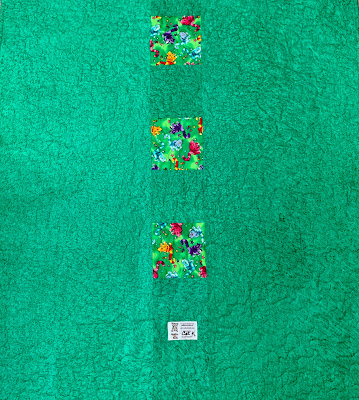 But I got lots of red sewing done too. First came the courthouse steps blocks in the bullseye setting that Angela, our RSC hostess, did a tutorial on. I had so many red strings that I made 10 blocks with a final red border and 10 with a final neutral border. I don’t intend to make that many every month, but I let the red scraps dictate the quantity this month. 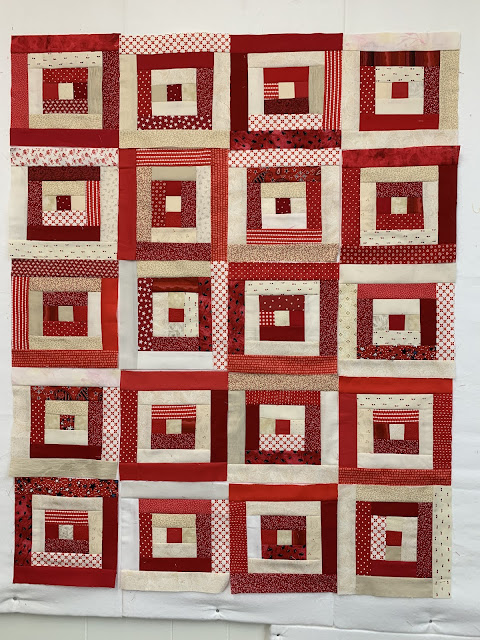 Aren’t they fun? They measure 7.5” and will finish at 7” in a quilt. Next I worked on framing the four-patches I made last year (plus I added a few more to the mix). 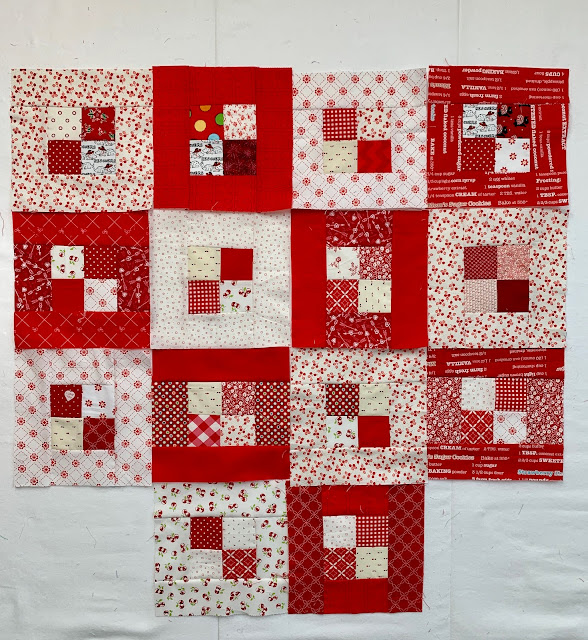 Again, the outer borders are alternated dark/light. These blocks will finish at 8”.
Some of the red scraps I have are so cute!! 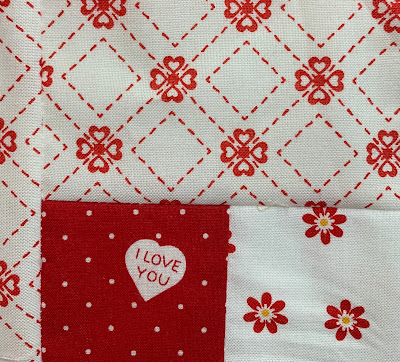 The following two photos are of little quilts in process. This first one is actually a top waiting to be pin basted. It’s all from the Quilts for Kids scrap stash (although the cat fabric may have been a friend donation - I can’t remember. 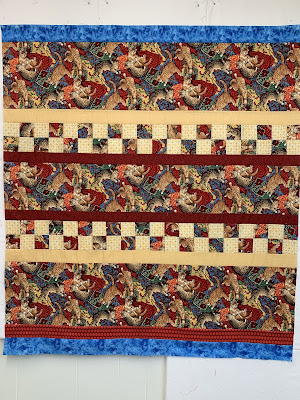 The next one is just strips and blocks up on the design wall and needs to be sewn together. That will happen this week along with the quilting of these two and Sailboats. Fingers crossed that my machine will see the error of her ways and cooperate! 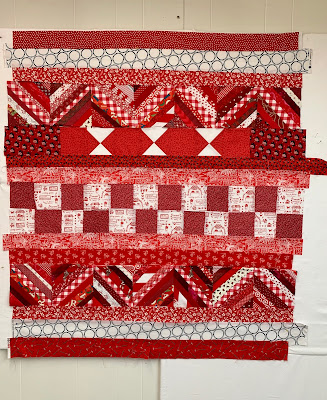 The Stay at Home Round Robin (SAHRR) has started, and I’m joining in again this year. You can read about it on my last post, but I’ll show my starting block here. We’ll be building our quilts medallion-style around the centers. 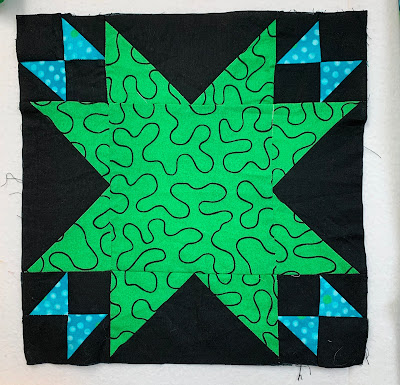 Alfalfa and Darla have been ignoring their new huge scratching post, so I guess I’m going to have to buy some ‘nip and rub it on the sisal. But at least they each have their own heated beds now so they don’t have to argue about that. In fact, here’s a picture of them getting along very well - and not sleeping in their own beds. Because why would you when you can sleep in the humans’ bed? 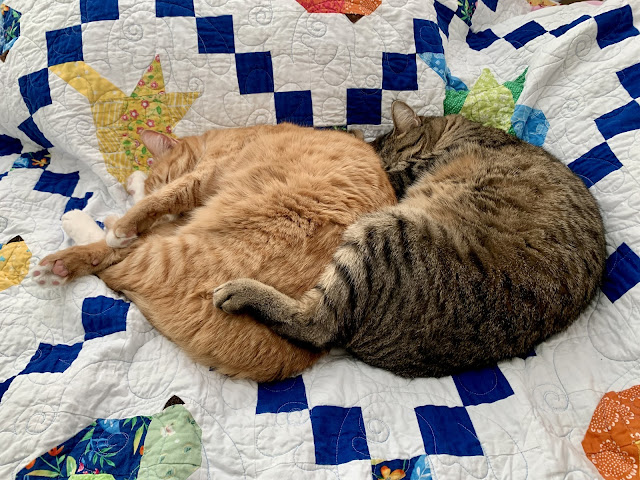