The color of the month for July’s Rainbow Scrap Challenge is pink. I have so many pink scraps, which is not surprising considering I have six granddaughters. Oh, and I like pink too, hehe. Last year I didn’t even come close to using them all, so this year I am really going to make a concerted effort to reduce their numbers!

As usual, I started with my selvages.  Here are four 4-patches, sewn into one big 16” block. This is the seventh of 9 blocks I’ll need for a quilt. It’ll finish at 48x48” unless I add a border to enlarge it. 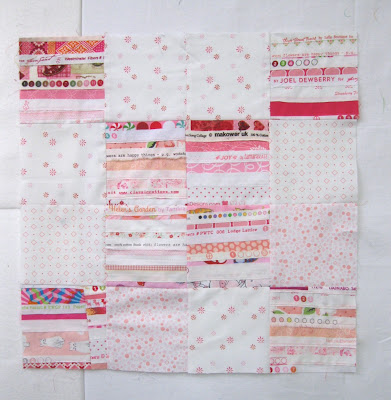 Next I sewed a row of selvage and fabric tumblers in pink, then added it to the selvage tumblers top (working name, Gumdrops).

I still have several rows to make for this; purple, light blue, gray, and brown.

And the last of the scrappy sewing for this week was 8 Cracker blocks. 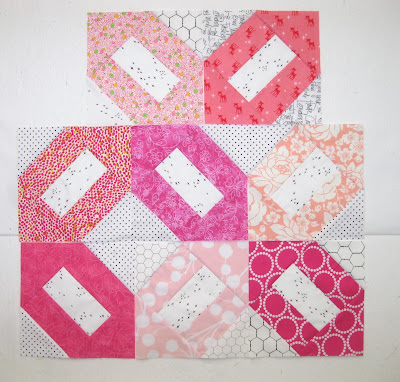 In the garden, the lettuce, peas and rhubarb are still going strong, but the spinach is petering out. But that’s fine because we’ll probably plant a second crop in August.

The apricot tree is just days away from being ready. The fruit is mostly ripe, but just not quite there. Once they're ready, the next 3-4 weeks will be crazy time for me. I’ve gathered the old (and bought more new) jars for jam and freezer containers for putting up the apricot halves in light syrup; the supplies of pectin, sugar and ascorbic acid are assembled, the dehydrator is ready to go, as is the vacuum sealer. Friends and family are on standby, and I have lots of cardboard fruit flats and plastic clamshell containers for distributing and donating apricots. We don’t get bumper crops like this every year, so I don’t mind taking full advantage of it while I can!

Did you have a nice 4th of July? We stayed home by choice and had a relaxing day and yummy grilled burgers for dinner. The neighbors did lots of fireworks, including aerial displays. Guess who else enjoyed the fireworks? Well, it wasn’t Darla - she ran off and hid as the first firecrackers were lit. But Alfie perched himself in the front window (resting on the shutters as he always does) and watched it all. Here’s a picture, but I need to warn you that it’s dark. We were watching TV and I turned off the lights to try and get both Alfie and the fireworks in the same shot.  He cracked me up. That is one strange cat! 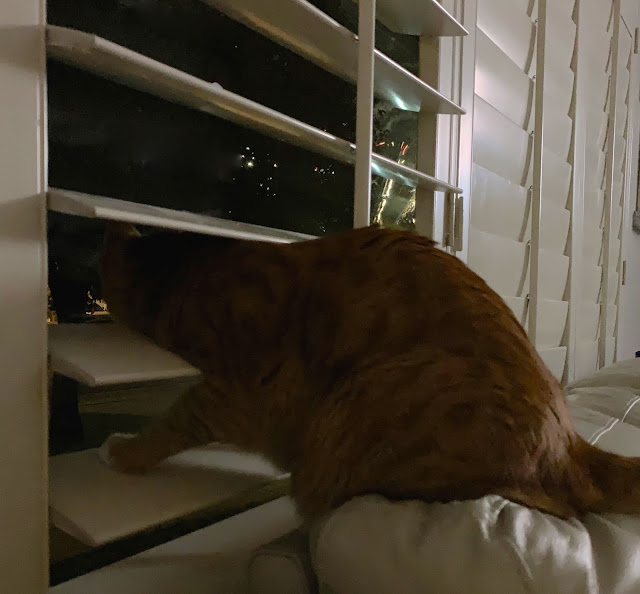