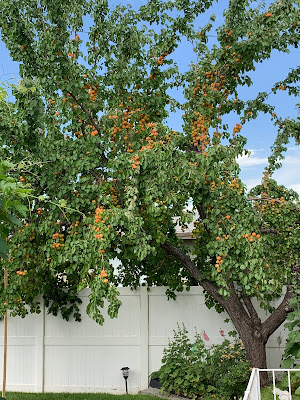 The apricots are ON!! This is going to be an amazing year for apricots for us, providing we can get to the fruit. I’ve never seen the tree so laden, but it’s grown into such a large tree now. We have two ladders - one is an extension ladder - but even that allows access to only certain areas. You know, you have to think of safety first, so you can’t go setting the ladders up willy-nilly. And the roof is out because all the branches near the house were pruned last year. Bruce did buy a fruit-picking pole with basket, however, so we’re going to try that out today. It’s got to beat standing out there with our arms open, waiting for fruit to fall into them! LOL. Seriously, though, we have been collecting the fruit on the low-hanging branches. There are lots of those. Besides starting the apricot jam, dehydrated apricots, fruit leather and canned/frozen packing, we are planning a trip around the neighborhood today to share the bounty.

But let’s talk about scrappy sewing, shall we? In the last week I’ve quilted two lap quilts (more about those in a minute), so there aren’t as many finished pink blocks as I’d hoped there would be. But it’s all quilty progress, so I’m not complaining. I’m linking up to the weekly Rainbow Scrap Challenge Scrappy Saturday. 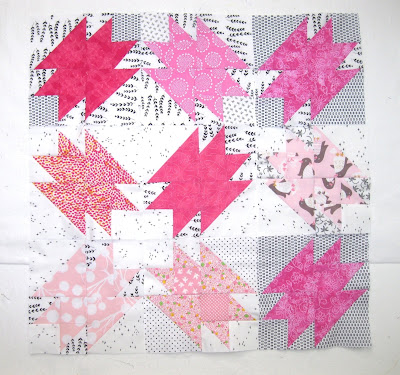 And then there were the 14 garlic knot blocks, also 8 inches finished size. 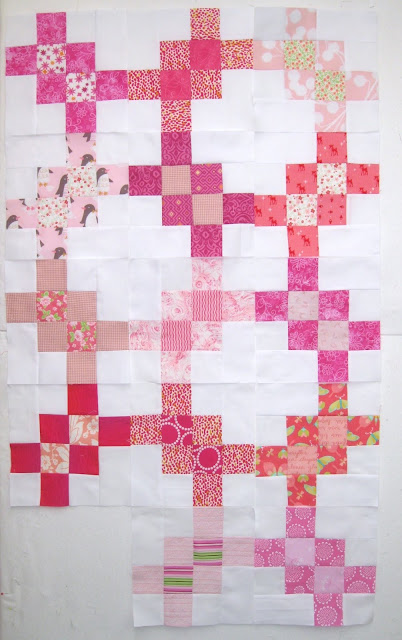 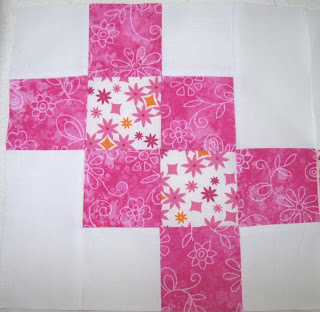 I’ve got everything cut out for some pink International Sisters blocks, at least a dozen 9-patch variation blocks, and lots of pink strings ready to sew. They’re all on the rota for the coming week.

And I have a Rainbow Scrap finish to share! Crumbcakes is now done and dusted!! 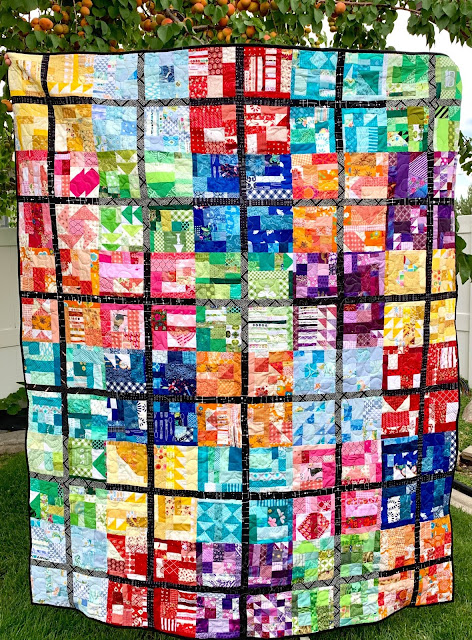 Crumbcakes is one of the quilts I mentioned above that I quilted this week. The other belongs to Cousin Kim, and once she binds it, we’ll get a picture. Anyway, Crumbcakes has been in the works for a couple years. I started out by making 6.5-inch crumb blocks for the Rainbow Scrap Challenge in 2017. Then this year I began sewing those together in fours with thin black sashing to form a 13-inch (finished) Crumbcakes Block. 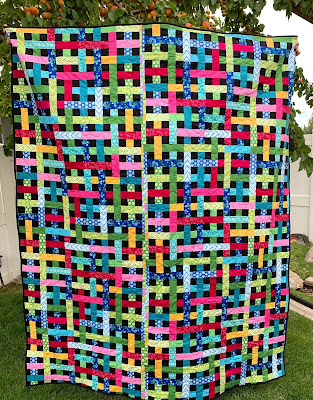 Crumbcakes measures 65x78”. And I used one of my favorite prints, which I’ve used before, for the back. It looks woven, doesn’t it?

Crumbcakes was Goal #1 on my Finish-Along list for the 3rd Quarter that I just posted a couple days ago HERE.

We’ve got some spaghetti squash that are getting big. We planted three times as many this year as we did last year because we can’t get enough spaghetti squash, and they store well for months and months. 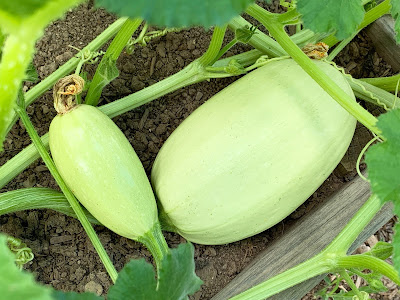 Some of the big tomatoes are beginning to ripen ever so slowly, but I think the cherry tomatoes will probably beat them. 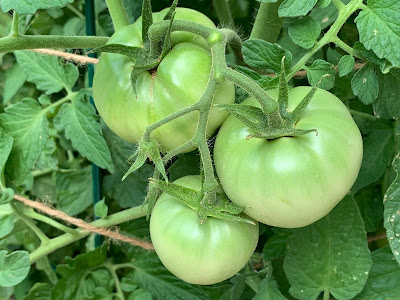 Although the spinach and lettuce are done, the lettuce is going strong. We’ve been sharing a lot of this, too! 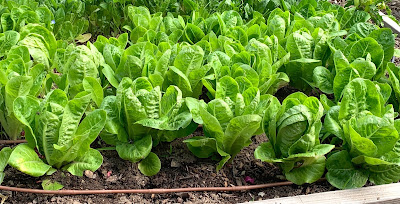 This year we have some small pumpkins. I don’t remember the variety name, but they’re bigger than the Jack-be-Littles and are supposed to be good for eating. 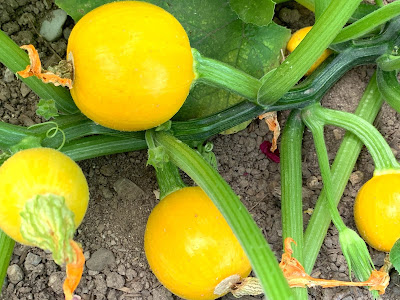 The grape vines on the patio lattice are bearing fruit. We ripped one plant (of 5) out this spring and I've been keeping the remaining vines in check. That, along with a drastic pruning a couple falls ago, have resulted in a lot of fruit on the new second-year growth. 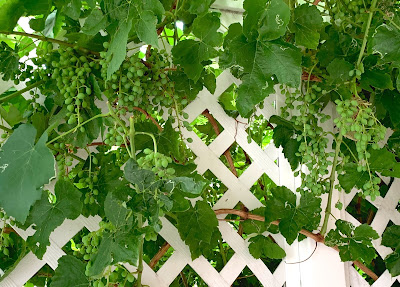 They won’t ripen until September or October, but they’re a really good size for this time of the year.. 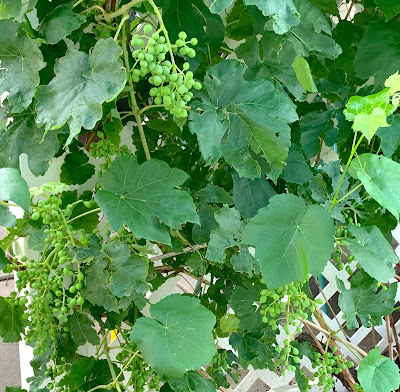 And the onion patch is thriving too. Since this picture, some of the tops have begun falling over and drying out, signaling that they can be picked. Of course, one can leave onions (and potatoes and carrots) in the ground until ready to use them. We’ll begin culling the onions this week as needed. 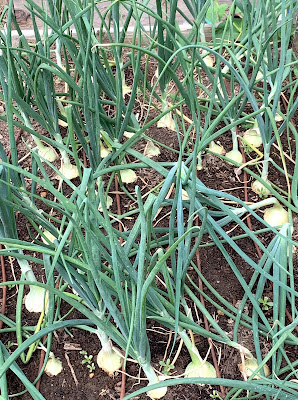 I don’t have a picture of the carrot patch, but we’ve been eating and sharing those too. We’re having main dish salads and/or stir-fry most nights for dinner. Later this week my DIL Kim and granddaughter Lauren are coming over to learn how to make freezer apricot jam. I’m looking forward to that. It was a year ago this week (and next) that we were all in Kenya together. Where has the time gone?

And speaking of time, the apricots and veggies are cutting into my housecleaning time, but oh well. I have my priorities. The housework can wait until the apricots are done, right? Thank goodness there aren’t any Housekeeping Police, hehe.