OK, so I succumbed. There I was, just sewing along, checking off items on my sewing To-Do list, month after month. Three finishes in August, three in September, four in October. Then out of the blue.... 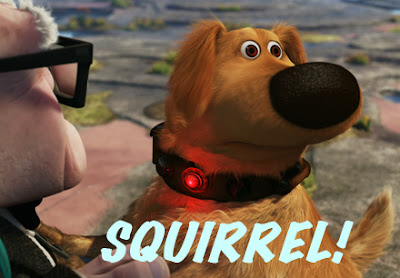 It had to happen. I was bored hurting  Oh heck, no excuse. I just wanted to do some Christmas stuff.  It began with a real, planned project on my WIP list, Let it Snow. I finally managed to get the da** thing quilted. The dense snowy swirl design took four bobbins-worth of thread. Never. Again. Yes, I’m icing my shoulder as I type this. 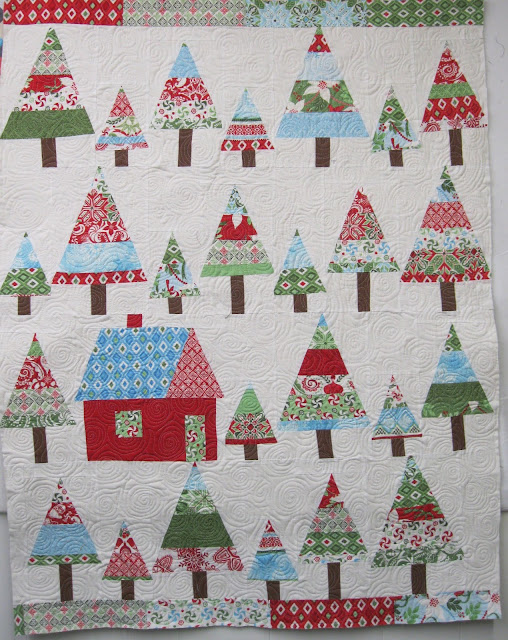 OK, so my squirrels swirls leave a lot to be desired. Don’t look too closely. Of course, by saying that I realize that you WILL look too closely.... So here is a close up of the wonky swirls. Feel free to shake your head and cluck you tongue. I’ll wait until you’re done.... 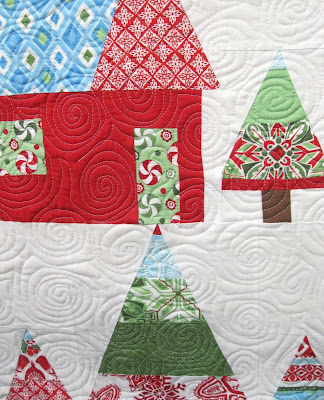 Let it Snow still needs binding and a small hanging sleeve in back, which will happen today. When it’s done, I’ll do a happy dance and finish post, as this is on my Finish-Along list for this quarter. The rest of the sewing squirrelly projects are not. But let’s take a peek anyway, shall we?

This is a table runner made from cute wonky trees. It’s just pin-basted for now. It will be quilted with a simple stipple this week. The trees are made by layering three 8-inch squares, right sides up and cutting. I used a tutorial from the Block Lotto group, but there is a similar free tutorial HERE.  I used up my old red and cream scraps here as well as some leftover green from Bruce’s Groovy Guitars quilt. Next time I do one of these, I’ll use more contemporary fabrics. 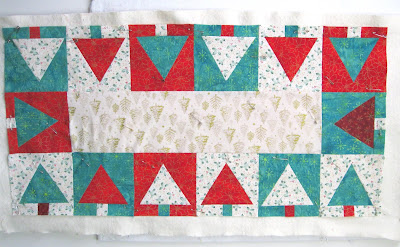 And I had lots of little squares of fabrics that I’d ordered a few years ago from Spoonflower. Cousin Kim gave me the idea to make coasters out of them. So, here they are, all 20 of them. They’re layered and quilted and the edges are stitched. Kim will get 12, we’ll keep 8. 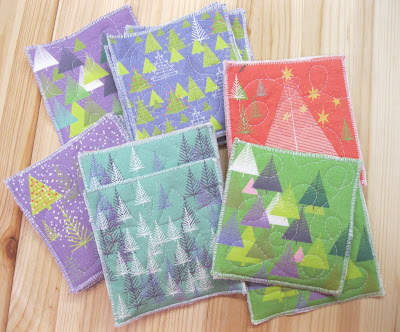 And we needed a tree skirt. So this happened. It still needs to be layered and quilted. That will probably happen this week. The backing fabric will be that cute zig-zag. 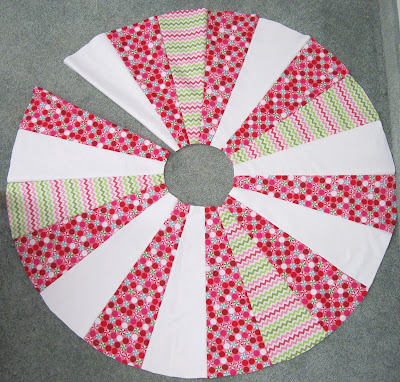 Rainbow Scrap sewing? Um.... well..... I DID get Exploding Boxes basted. That will be quilted and finished this week for a reveal next weekend. Ish. And speaking of basting quilts, I’ve been using the quilt basting spray again. Or should I say STILL? There’s more in those 505 Quilt Basting Spray cans than I originally thought. With my current can, I spray basted California Poppies, Let it Snow and Exploding Boxes. I do pin the edges because I get a little spray-shy about not coating the surrounding areas with spray when I use it. But there is still more in the can. I’m definitely going to order more of this stuff! My shoulder is happy about avoiding a bazillion safety pins.

I’ve also been working on my On Ringo Lake. The first diagonal rows of one block and three blocks are sewn. The next row of five blocks is just pinned. Hopefully it will look neater after being sewn. And then there is the next row of seven waiting in the wings. I’m torn between going the distance (after the row of seven would be two rows of nine before reducing down to 7, 5, 3 and 1) or just doing two rows of 7 and then reducing. If I do the latter, it would leave 18 blocks for the back or another project. And it would be a manageable size for me to quilt. Still thinking on this... 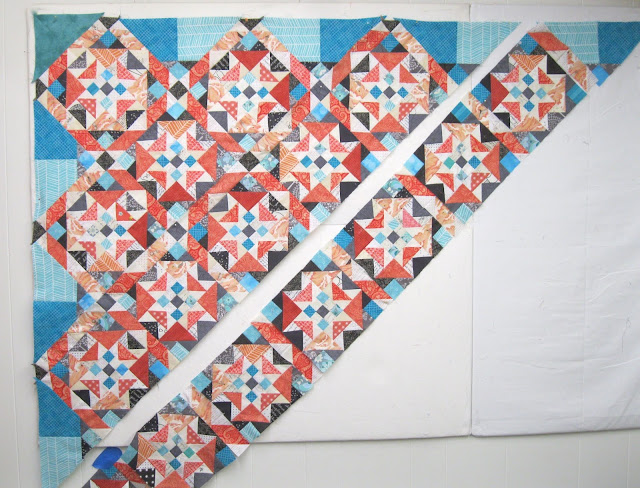 By the way, if you like Kona cotton solids, JoAnn’s has restocked their colors and even has a dedicated section for them now. Their regular price of $8.99 per yard is ridiculous, but if you get your hands on a 60% coupon - which happens regularly if you get their flyers or subscribe to their app on your phone - you can pick up Kona for $3.60 per yard. So far I’ve stocked up on white and black, but I intend to get some grays, red, etc.