Although I did not get up at o’dark thirty to watch the Royal Wedding (I was awake, sick with a cold, but I did not get up), I have been fascinated with the replays, pictures and stories.  William and Catherine (hey, what a nice name she has! Why isn’t she Cate instead of Kate?) are a lovely couple.

Back when Charles and Diana wed, I did not collect any commemoratives. Nor have I gotten any of Will and Kate. But I would if they made commemorative ladies hankies! Unfortunately, they didn’t. They did make a men’s handkerchief, but in my humble opinion it is butt ugly. 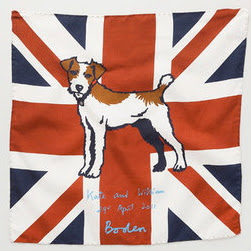 Textiles.  Royal arms, emblems and titles can be used on carpets, cushions,
wall hangings and head scarves, but they are forbidden from being used on
textiles. This includes articles of clothing such as T- shirts, drying up
cloths and aprons.

William and Kate t-shirts abound, as do all manner of tacky items designed to lighten the wallet of the casual collector. But they are not officially sanctioned. So, maybe I will just look for one of those scarves. Or not.
In the meantime, I’d like to show you the Royal Commemoratives I do have. They are from Queen Elizabeth’s coronation in 1953.  At that time, hankies were quite fashionable, so there were a lot made. 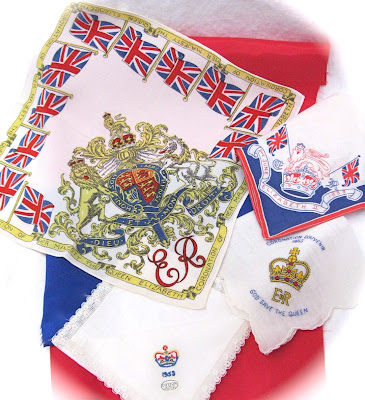 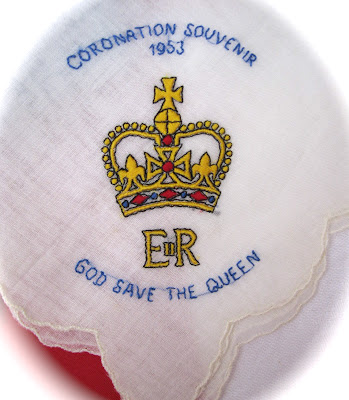 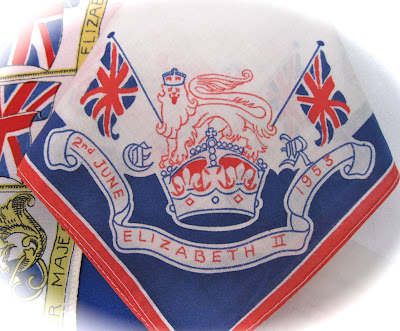 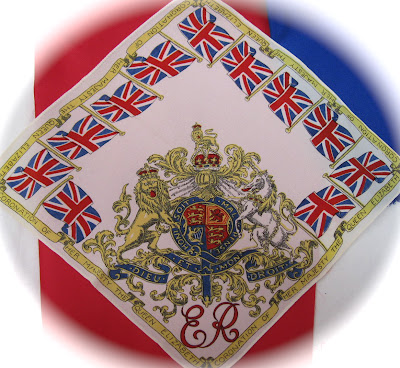 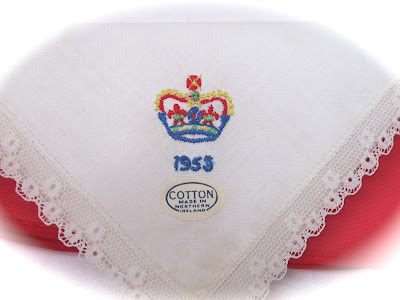 Rather interesting, don’t you think?  And the following are also from the UK, although they are not commemorative. I had a friend who went to England about 8-9 years ago and bought me two Nottingham Lace hankies in London at a place called World of Lace in Covent Garden. They are the white ones on the right.

The Scotland hankie is silk and has been in my family longer than I have. I don’t know the story behind it, but I have always loved it.  Detail shot below. 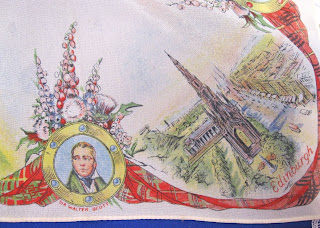 Do you have any hankies from your mom or grandmother or other female relative that you love?  Are there memories and stories attached to them?

Don’t forget to enter my giveaway here and help me name my new Hankie Couture doll!  The winner will receive eight lovely vintage hankies (and my thanks for helping me select a name).


And finally, this is the sight we woke up to this morning. 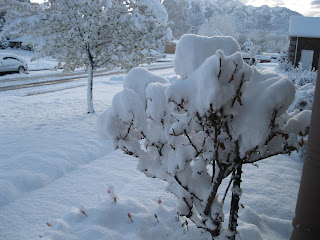 Depressing, isn’t it?   But it did melt by 6:30 or so in the evening, and unless it gets really cold tonight, everything seems to have come through unscathed.

Bruce and I went to Lowe’s and bought a new electric lawnmower so he won’t have to throw out his back starting the old one.  He assembled it and charged it.  Hopefully some time in the next couple days it will be dry enough to mow (or plow) our grass.  It’s been so wet that no one in the neighborhood has mowed, so we are not the only ones with a wild lawn. We do, however have lots of those “pretty little yellow flowers” (as Bruce calls dandelions) and are also waiting for the lawn sprayer guys (I’m sure there’s a better name for them) to show up.  I sure wish spring would get here!!