Visiting Arizona And the Dam Bridge

... that’s the Hoover Dam Bridge, which is not only a dam bridge, but a damn HUGE dam bridge!  The media types were all atwitter in October over the opening of the Mike O’Callaghan - Pat Tillman Memorial Bridge (which will surely be better remembered as the Hoover Damn Bypass Bridge).  Check out one of the bazillion articles and videos here.    (Picture below is from Parade Magazine) 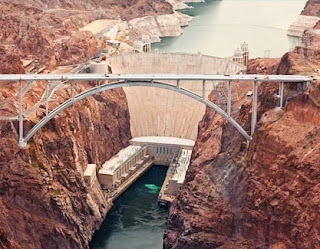 The bridge is the largest bridge in the Western Hemisphere, and is a soaring monument to human ingenuity.  We have driven from Las Vegas, over Hoover Dam and down through Arizona countless times.  It was always a traffic nightmare at the Dam, especially after the events of 9/11 forced tight security checks there.  Delays of an hour or more were not uncommon.   In addition to the traffic concerns, and in fact more important than traffic concerns, was the safety and security of the damn and the safety of the pedestrians and dam visitors.  So, long story short - the bridge was constructed over 8 years to span a huge gorge created by the Colorado River.

We were REALLY looking forward to seeing it and driving over it.  Well guess what?  Unless you get out and take the pedestrian tour, you don’t see anything!  About a mile or two from the bridge, you can see a portion of it in the distance for a few seconds.  And other than that, you never really know you’re on a bridge, much less such a grand one.  The side barriers prohibit any view from the car.  This is all that we saw.... 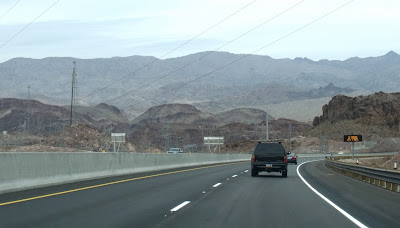 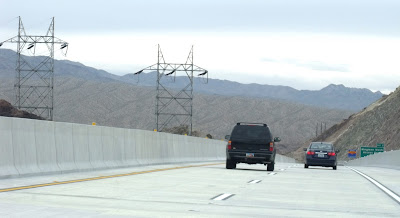 What a disappointment!  Next time we make the trip (in February), we hope to be able to stop and do the tourist thing ...

Moving along, thought I would share some pictures of my BIL & SIL’s (Glenn and Annette) house and 5-acre property in the hills above Tubac, AZ, where Bruce’s siblings live.


Part of the side yard near the house 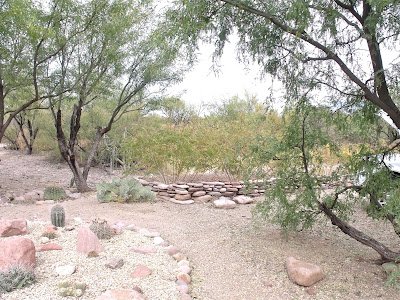 They are cactus lovers and literally have scores, if not hundreds, of species. 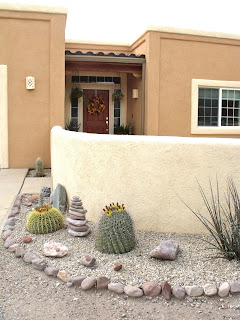 And some of the species do bloom in November! 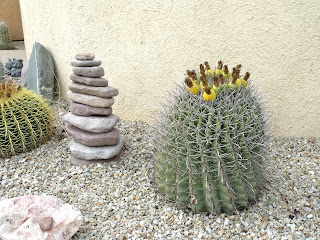 BIL Glenn explains to DH Bruce how they stack the rocks to make those artsy piles and towers.  To the right are cousin Kim and Annette.  Annette is Bruce’s sister and Glenn’s wife.  “Cousin” Kim is really the daughter (my age) of Bruce’s older (deceased) sister Faye. 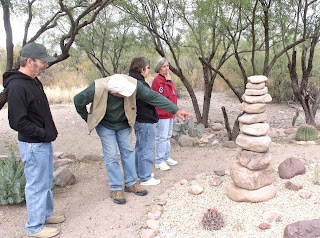 Kim and Annette walk toward the back of the property. 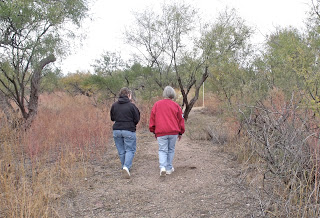 The arroyo (dry creek bed) that separates Glenn & Annette’s property from that of Dennis, who is one of Bruce’s other brothers. 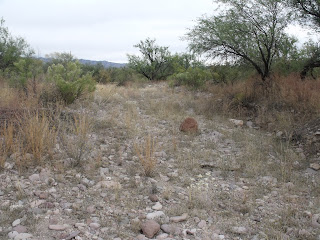 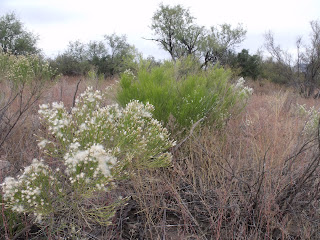 A lovely Mesquite tree.  Glenn collects the deadwood and burns it in their chiminea (outdoor chimney/heater - see below picture of backyard). 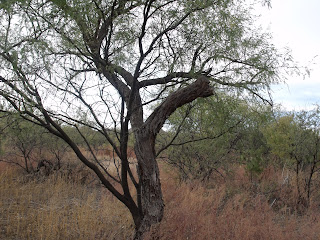 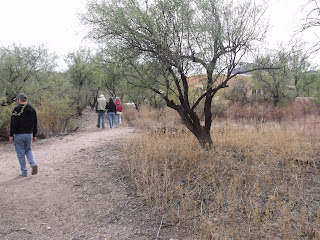 Backyard.  Chiminea is on the extreme right on the patio.  They have built a small wall around the immediate backyard to keep out the coyotes, javelinas (wild pigs), rabbits, etc.   What you can’t see is their amazing cactus beds along the inside of the wall. 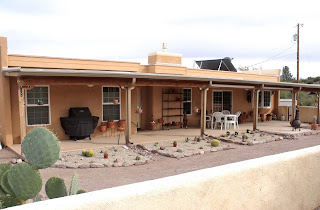 An unusual cactus “volunteer” near their driveway. 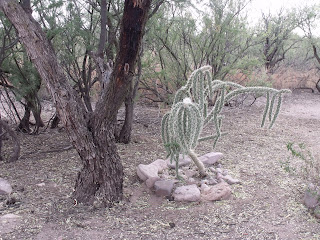 I have other pictures of our Thanksgiving visit to Arizona which I’ll share in the next post.