DH and I have been visiting his family in tiny Tubac, Arizona for years.  His brother Dennis, who owns the Tubac Trailer Tether (mobile home park, camp ground, laundromat and propane dealer) has lived there over 25 years.  It is about an hour south of Tucson and a half an hour north of the Mexican border.  We love it, and I have posted about it and its annual arts festival several times before (see the Tubac link on my sidebar).

But never before did I ever notice the CRAZY QUILT ANTIQUES sign on the little road from Tubac to Tumacacori.   Tumacacori (Too-mah-KOK-ah-ree) is a little town (not really even that... more a gathering of buildings) about 5 minutes from Tubac.   There is a restored 1752 Mission there, a world-famous (no joke) spice shop named Santa Cruz Chili and Spice Co.   I even saw it listed in the Supply Source section of two of my Mexican cookbooks, and they have a cookbook available on Amazon. 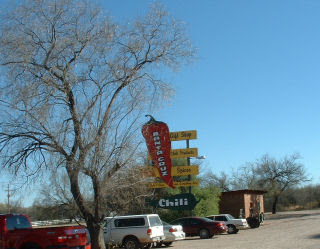 The pix above and below were from February 2009 when we visited... 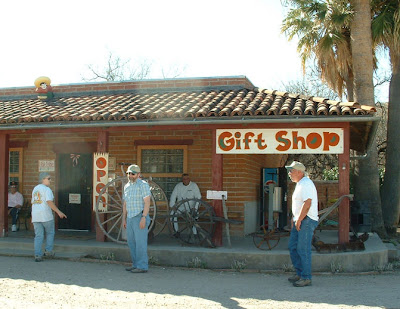 But I digress.......  The Crazy Quilt Antique Store.  I didn’t see it, but cousin Kim was in the car and she, knowing my CQ addiction, blurted it out excitedly.  I did an immediate U-turn (no traffic there, LOL) and we pulled in.  It was deserted.  Beyond deserted.....  let me show you... 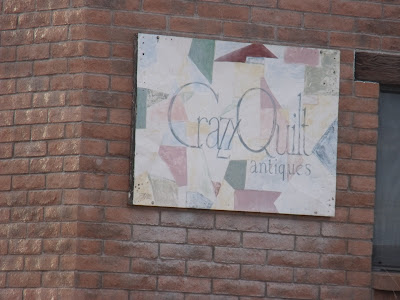 Needless to say, after Kim took the pictures, we proceeded on our way to the spice store.  And after spending a bundle there for the last several years, all I bought this year was Chinese Five Spice, some taco seasoning blend, mulling spice (for cider), and nutmeg.  But the smell of the shop alone is worth the trip!

These were taken in a photo booth when he was a young teenager.  Doesn’t he look mischievous? 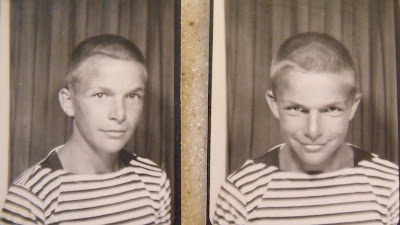 And here is his (handsome, IMHO) official Army photograph 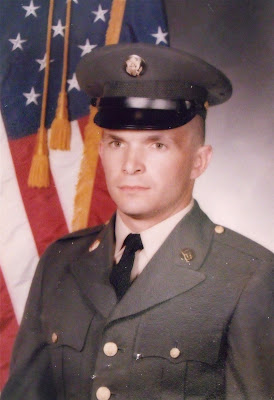 ...and about ten years later kissing Sarah, who is cousin Kim’s daughter Sarah (and is now a mother of two herself!) 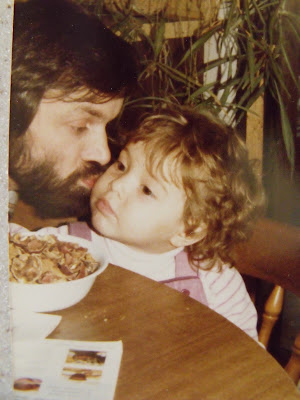 * * * * * * * * * * * * * *
And finally, this is how we celebrated our Thanksgiving.  An open invitation is extended to all the residents of the trailer tether (hey, they aren’t too uppity to call them trailers, even though some of them are really nice double-wide mobile homes) and even lots of the town merchants and residents. 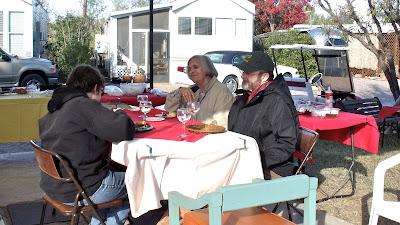 About forty people attended.  We had three turkeys and all the trimmings.  And sunshine! 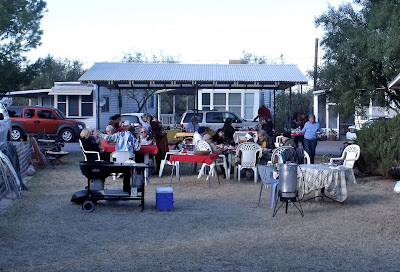 Below is the back of our family trailer/mobile home (the brown one) where we stay whenever we visit.  Bruce’s brother Dennis, who owns the park, is the one in the left foreground with his back to the camera.  Next to him in the hat is Lyman Blackwell, the man who invented the battery-powered smoke detector.  Really.  Google Lyman Blackwell or read this. 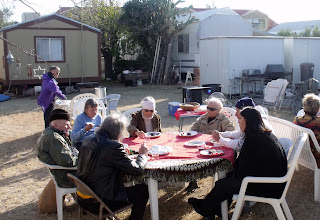 And finally, coincidentally as I was preparing this post..... see the little girl in the picture above that Bruce is kissing?  As I said, it was cousin Kim’s daughter Sarah.  Her full name is Sarah Hadley, a nice old-fashined name, right?  Right.  Check out what I saw today on the home page of the Yahoo group Antique Pattern Library: 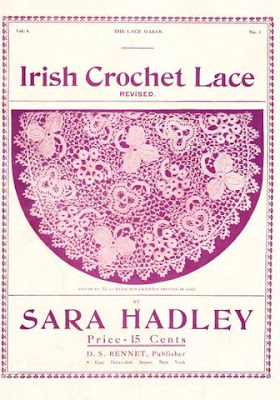 That’s it for now.  I’m off to cook dinner and then stitch some CQ Christmas ornaments  It should be a fun project while we sit drinking our coffee in the living room after dinner with a fire in the fireplace and the TV going. Or not going. Maybe I can get DH to give in to some Christmas music instead.....  Hey!  Where are my chestnuts??