It’s good to be back home again after our visit to family in southern Arizona. I’ve posted many times about our visits there, so I’m not going to again. Besides, I only took three pictures. It was nice seeing family again and everyone was on their best behavior most of the time (but there was a bit of drama here and there). The weather was beautiful until the last couple days of the trip, when it rained. But overall we had a good time, although the drive seems to get more brutal every year. And I won’t even tell you about one of Bruce’s infamous “short cuts” that took us 95 miles and a lot of time out of our way. We are considering flying next time, although that would limit the Talavera pottery we could bring back home, so we’ll see.

I did manage to get some Rainbow Scrap sewing done in orange before we left. Nothing much exciting to see - mostly selvages. 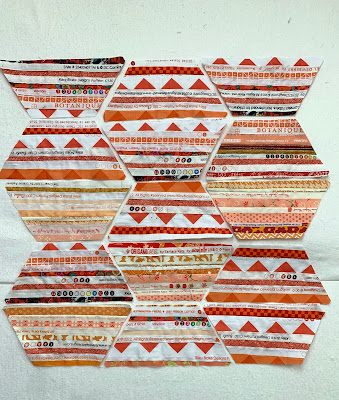 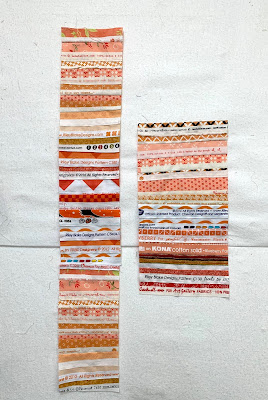 Some Beachcomber crumb blocks. Three were from 2019 and 2 were made this month 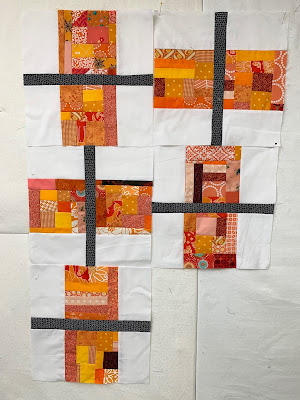 I worked some on my February One Monthly Goal (OMG) a bit. These are some of the low volume rainbow blocks I have so far.  They trim up to 8.5” and finish at 8 inches, so this may end up being one large or two smaller donation quilts. 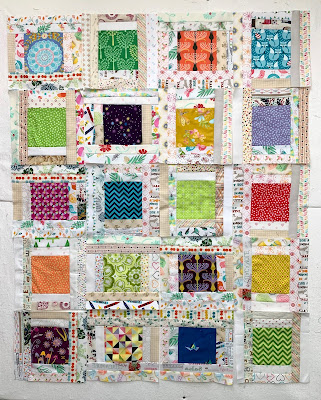 And here are the string stars I sewed while in Arizona. There are more than this left to do, so again there will be enough for two quilts when completed. I’ll just keep plugging away. 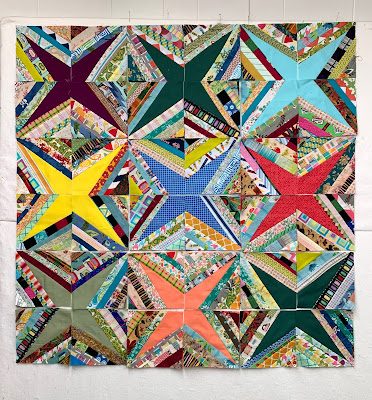 And that’s it from my little corner of the sewing world. Not very newsy, eh? We are still tired and recovering from the “vacation” and the unpacking and laundry. The kitties are so happy to be home with us after their vacation imprisonment boarding.  We got daily pictures and updates from the vets’ office about them....


Alfie was scared (look at those eyes!) and was wary of the Peeples. 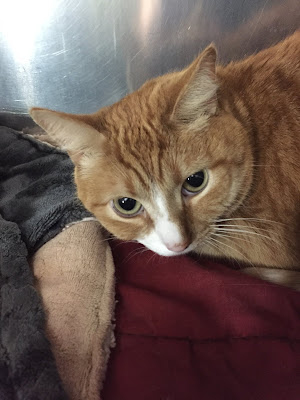 Darla was scared, too, but mostly very PO’ed the first couple days. Reports are that she began writing a cat manifesto while planning an uprising. 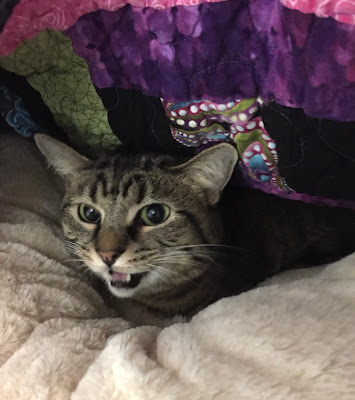 But then Alfie relaxed and began socializing. After all, these Peeples were bringing them food and water and toys. 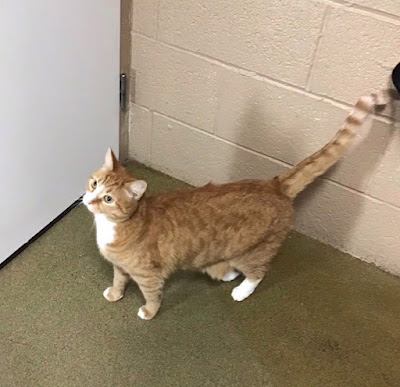 Darla was still miffed. Not so angry, but still feeling betrayed. And where is my blankie, dammit? 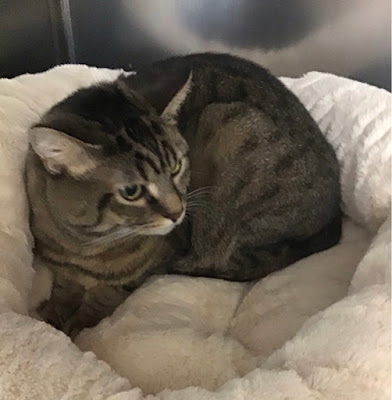 But Alfie took things in paw and gave Darla a good talking-to. She decided to come out and play for awhile and make the best of a bad situation. Reports were that she took a cue from Nancy Pelosi and even ripped up her Manifesto. 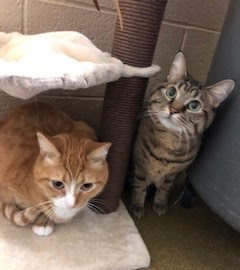 Linking up to Rainbow Scrap Saturday.
Posted by Cathy at 9:51 AM