End of the Green

This is the last week for our green scraps at Rainbow Scrap Challenge. We will revisit green again later in the year - only then it will be the darker half of the green spectrum. For now, however, this is a recap of what I completed for March: 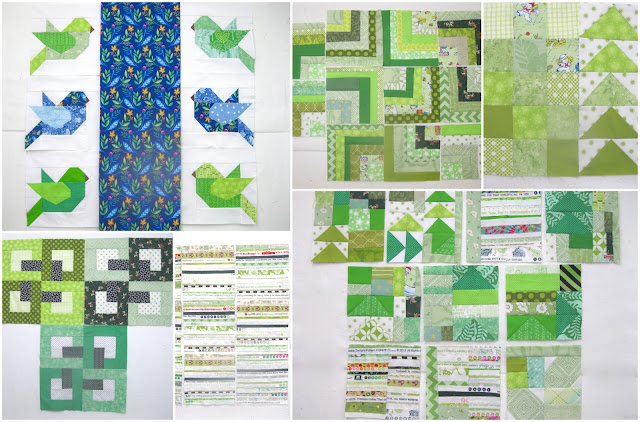 Additionally, I made and delivered 11 small kennel quilts to Best Friends Animal Society in Salt Lake City. They were my OMG (One Monthly Goal) for Patty at Elm Street Quilts’ program. 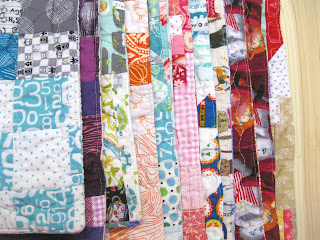 But let me show you what’s NEW this week in the finish department, OK?  Originally I planned to finish up my Plus blocks (a 2017 Rainbow Scrap Challenge project) into one large quilt. However, Alfalfa (Alfie) and Darla had other ideas. 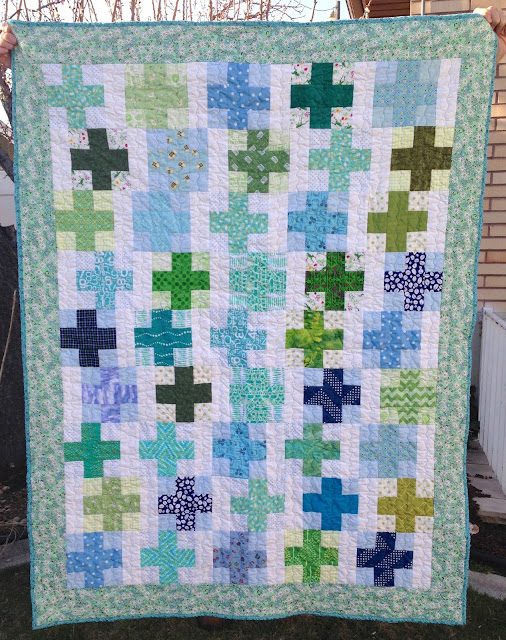 Pawsitivity One measures 48x63”. It’s quilted with vertical wavy lines. The backing is just some baby blue flannel. And it will be donated to a Hands2Help charity through Sarah’s blog  Confessions of a Fabric Addict.

Next up is Pawsitivity II : 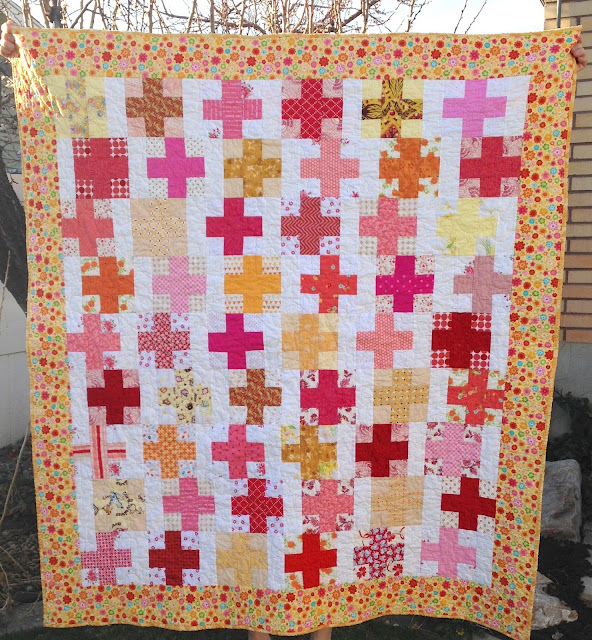 Pawsitivity Two measures 58x64” and is quilted with basic stippling. This is such a happy quilt that I can’t bear to part with it! The backing is mostly a cute red floral, except where I had to fill in with the cute yellow floral border fabric. 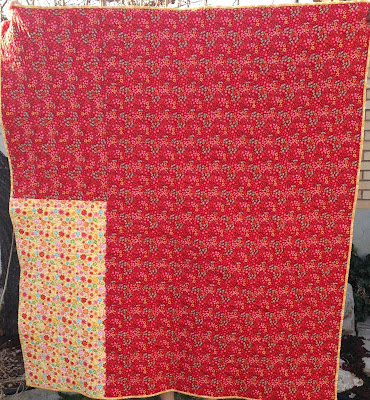 But remember that last week I had two other charity quilt finishes, plus a pink charity baby quilt I finished last October HERE, so I have 4 charity quilts to donate to Hands2Help so far. There may be more - I’m planning on it - as I am going to focus some of my time in April to finishing up a couple more.

At the end of last month, I never gave a recap of my weight-loss efforts for February. And now that March is over, I’ll just combine it all as one. Basically, I’m right where I was at the beginning of February - literally, to the ounce. Down 35 pounds even. I’ve sort of been treading water. Hit a plateau, if you will.

We went on vacation in February (too many margaritas) and I gained five pounds, but lost it within 10 days of being home. I’ve been walking several miles 3 times per week and biking the same 1-3 times per week as weather permits. I’ve lost inches and my clothes are looser.  Almost ready to go down another size. That’s a win in my book. And now with the weather warming up and great new spring produce appearing in the supermarket, I feel as though I’m ready for Round Two of this health regimen!