My pink sewing priority for this week was to finish up my Friendship Star (variation) blocks. The scraps and I just cruised along for a day or two, and in the end there were 24 of these 6” blocks. I now have 162 blocks and only need 136 to finish the quilt. The leftovers will either go on the back or into the “Parts Department”. 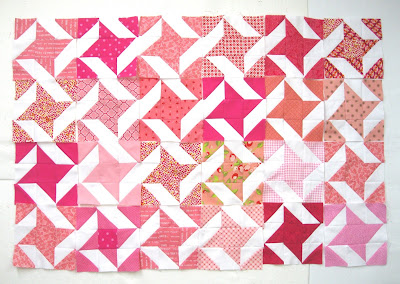 My tentative layout calls for concentric rings of colors, but some rings will have combined colors (like red/orange). I have to see how it’s going to look all laid out before I make a final decision. And this won’t happen until November anyway. In the meantime, I’m linking up to Scrappy Saturday at Angela’s So Scrappy Blog. Come see the pink fun for this month - and why not consider joining us for the Rainbow Scrap Challenge in 2018?
Also linking up to Oh Scrap! over on Cynthia’s blog.

This week I also worked on my Autumn quilt, finishing up four of the final five 12” blocks.  First, there was the crow, a Lori Holt pattern.  Secondly was the turkey, of which I have no picture. 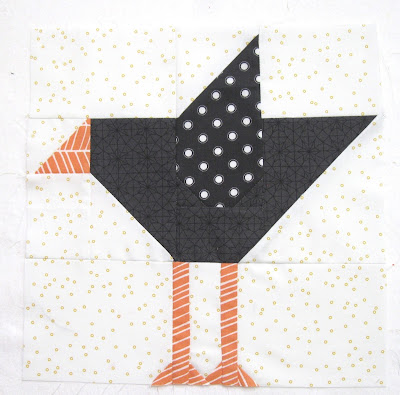 Next was the Schoolhouse, also a Lori Holt pattern (free on her blog, HERE). 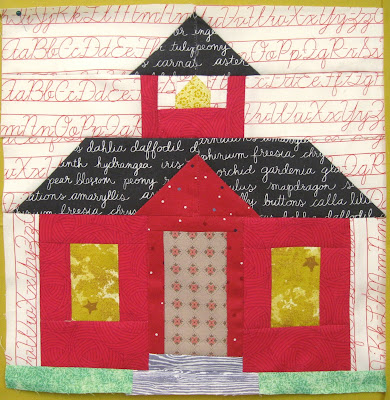 And then there was the requisite SQUIRREL block, courtesy of Sally at The Objects of Design. Sally didn’t have a formal pattern written for her cute squirrel, but did have a line drawing here that she gave me permission to use. 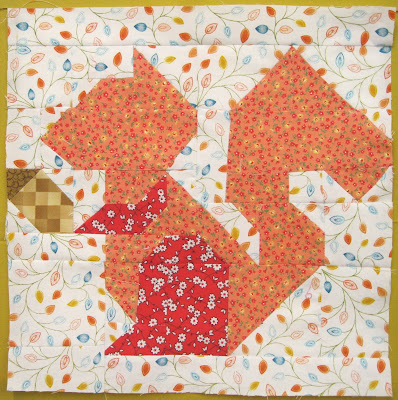 I needed to convert it to a 12” block so decided to make the tail bushier. And I’ll be honest, I’m not half as talented as Sally in the design department - I don’t like my squirrel as much as hers. He still needs an eye sewn on, and his haunches/leg is rather unwieldy with the changes I had to make. I may “operate" on the back part of his leg to remove some of the obvious cellulite from eating too many acorns. .

The final block will be a barn block, then all 20 will be done and ready for sashing. The last time I showed some blocks with sashing, I used a brown grid fabric seen briefly here. Well, it just did absolutely nothing for the blocks, and I discarded that idea. So now I have switched to the 1.5” mustard strips that I originally cut (then rejected) for my Scrap X+plosion quilt here. I like this color with the bright autumn blocks much better. 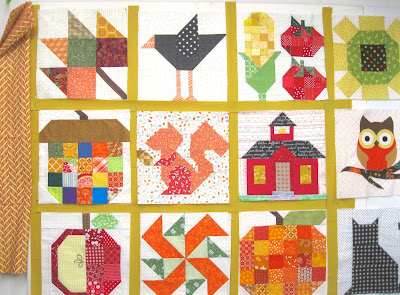 I’m also auditioning fabrics for a border, because the 1” sashing only yields a quilt that is 53x66, too small for a lap quilt. The border size will depend on how much of the chosen border fabric I’ll have, but I’m hoping for a 4-5” border. Possibilities so far include the orange and yellow in the left of the above picture, and the leaf print shown below that I picked up in Colorado last month. I like the leaf one best, but I’m not sure if it is bright enough to hold its own as a border.... 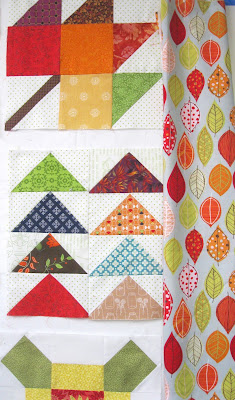 Chances are that once I have the blocks all sewn and sashed (a goal for the coming week), I will have several other possibilities to pick from and may be asking your opinion!

And finally, I have basted with feline supervision Reading Rainbow.  I sewed a backing, then cleared the tables (a feat in itself) and got to work. Of course once this happens.... 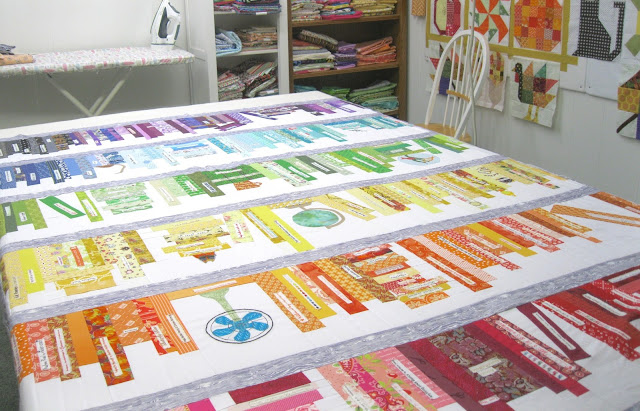 then THIS is never far behind:

Alfie was pretty miffed at first when he discovered that I had put a mouse on the quilt. But he got over it once I agreed to his demand: an extra large safety pin right near the mouse’s butt. 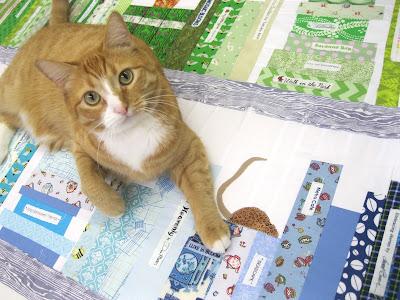 And then Alfie began feeling frisky. See how his rear leg is up in the picture below? He kicks it in a frenzied manner whenever he gets excited. But the mouse wasn’t moving and he eventually lost interest. And I was able to finish basting the quilt. 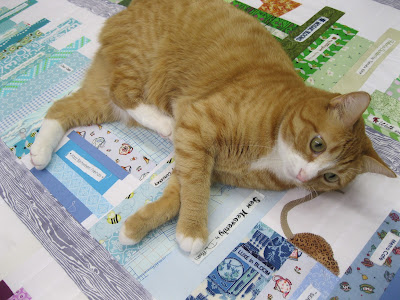 Beginning today and over the next week I plan to quilt Reading Rainbow and the pink scrappy baby quilt I threw together last week. And then I’d like to sew the 12” barn block and assemble the autumn quilt top. After that - and thank goodness my calendar isn’t full like it was this week - there are lots of pink scraps left to sew into blocks or slabs for possible kennel quilts or ??? I may post mid-week if I have a finish or two to share.

Make it a great week!