Well, the mental block is nothing new. If I want to focus on something, I have to write it down. Yesterday, I made up a list of things I wanted to get done and by golly, I did get most of them done. But sometimes I am unrealistic. In addition to cleaning 2 bathrooms, changing the catbox, cleaning the kitchen and mopping its floor, preparing and mailing my Etsy orders, doing 4 loads of laundry, doing a blog post (that I forgot to send until today), and writing long overdue letters (emails), I thought I could quilt the in-process baby quilt, cut out another one, and dye the last of the seaweed lace. Yeah, only if I went without sleep. So, Monday’s goals will probably spread out over the entire week. And maybe I should go with the flow instead of writing daily goals?

So I said a post or two back that I would share the work that the ladies in our recent Lace & Pearls Round Robin (for Crazy Quilting International) did on my blocks. Previously, I shared the work I did on their blocks, but this is the lusciousness that I got back.


A few of my female relatives and I have started a Sunday Sewing Session. My cousins Carrie and Kim (who went to Arizona with us and are really my hubby`s nieces even though they are roughly my age), along with Carrie`s grown daughter Jenny (who has two kids that stay at home with their daddy) get together in my studio from 10am-ish to 2 or 3-ish on Sunday to sew.  Having a regular few hours to stitch has enabled me to get a lot done. I`ve been helping Carrie with our local quilt shop`s Block of the Month (BOM) blocks (which are red and black and white and I have no pictures of because I give them back to her).  And she has been helping me organize my stash of quilting fabric. 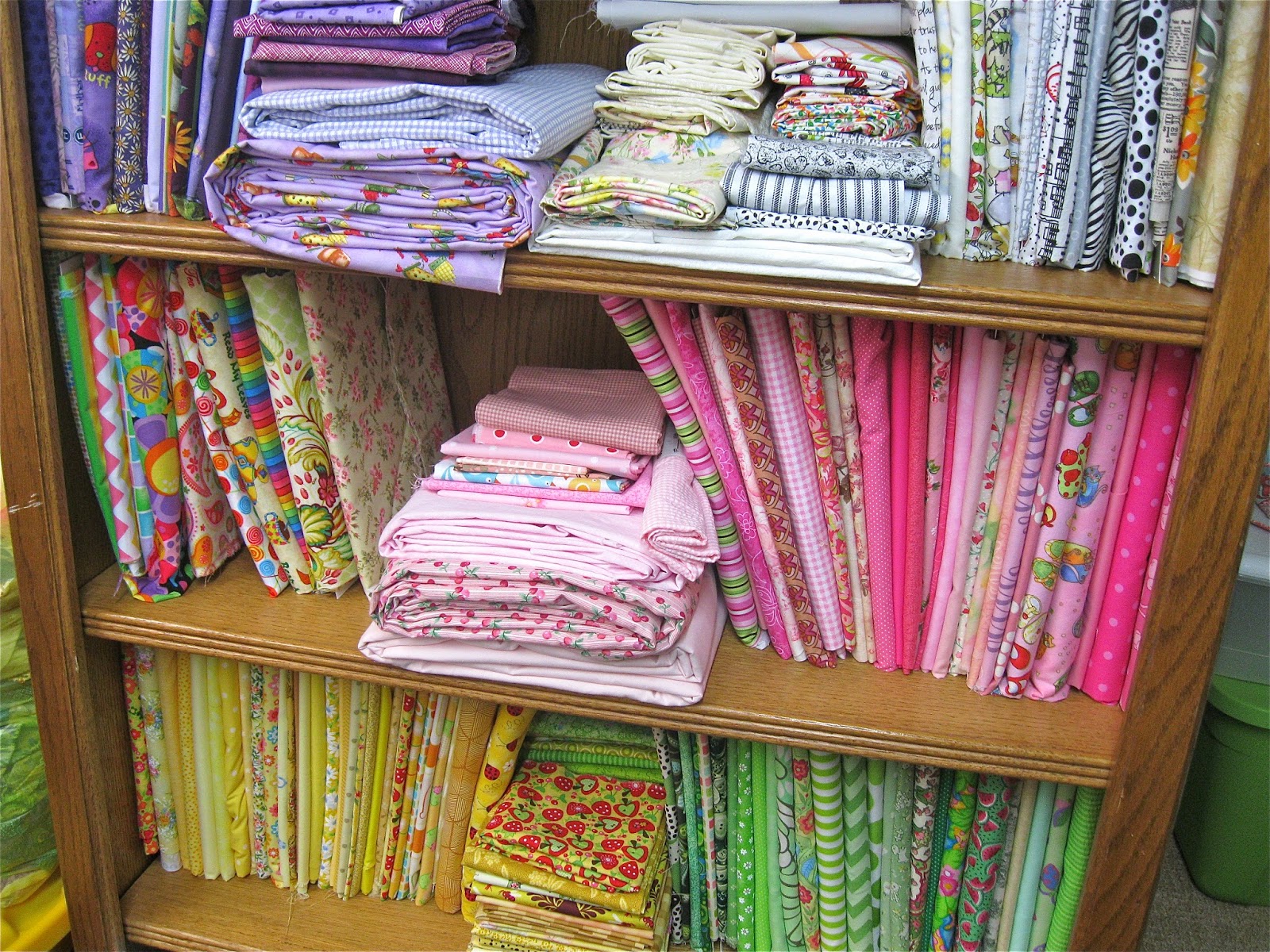 It`s not finished yet, but it is sure looking better. Thanks, Carrie! I love you!  :-)

Last year in January I started an online BOM and only got the very first one done. That’s because February’s block was awful - paper pieced center block with 8 sections, and I could not get it. I finally got smart and made the center plain. I figure the quilt police won`t show up and arrest me or anything, LOL.  That block is on the left, below.  The right block is the same line of fabric (Notting Hill by Joel Dewberry) plus some birdie fabric. That pattern is the one we have for March for our local BOM. I don’t like how those 2 strips came together to make that big oval in the lower left, but I am still undecided about fixing it.  What do you think? 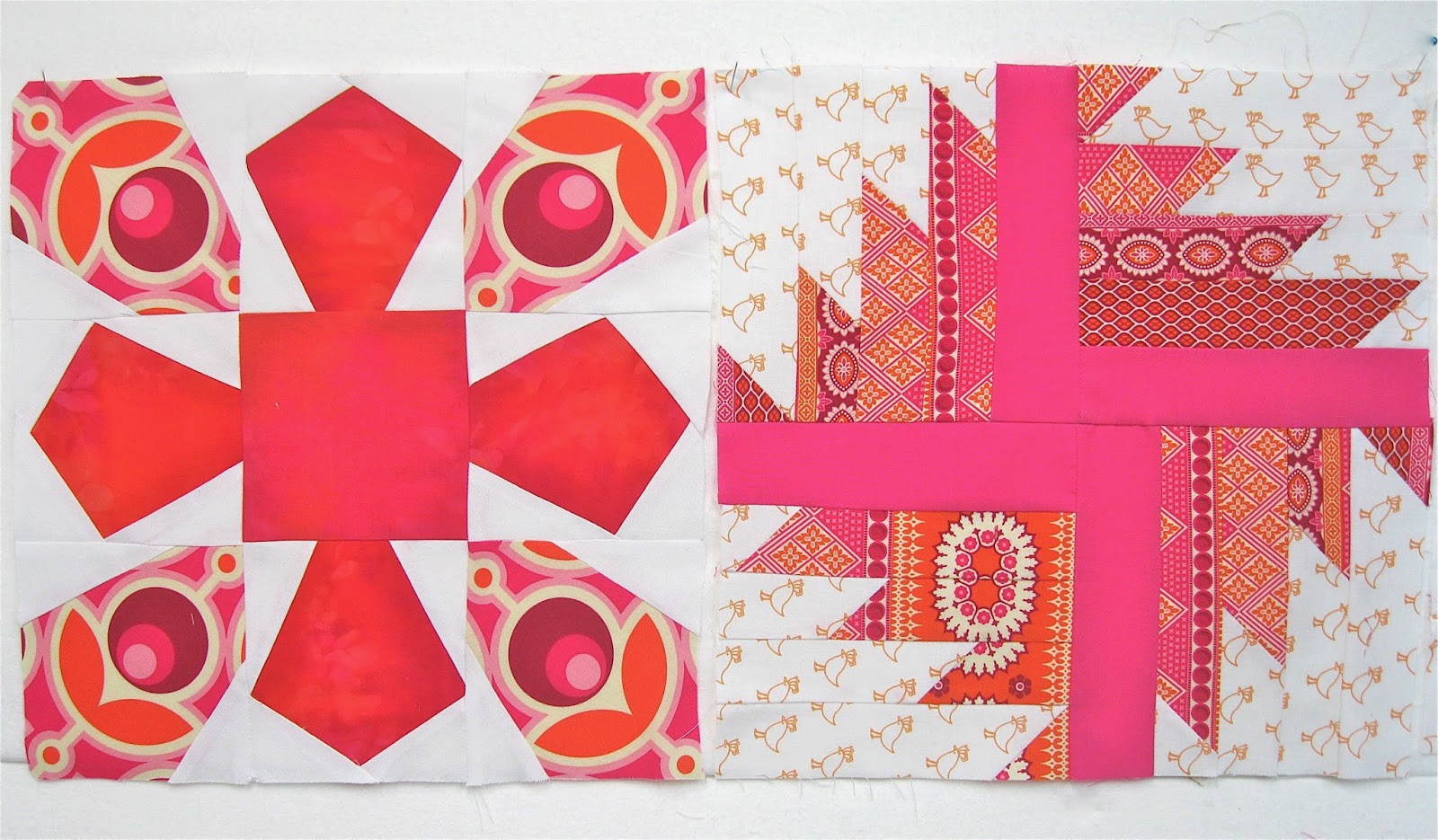 So now I have 3 blocks done for this quilt, which will eventually be for me. But it is a long-term project to work on here and there.

Finally, I have another CQ block to finish by the end of June for a friend. I can`t really talk about it, but this is it`s start: 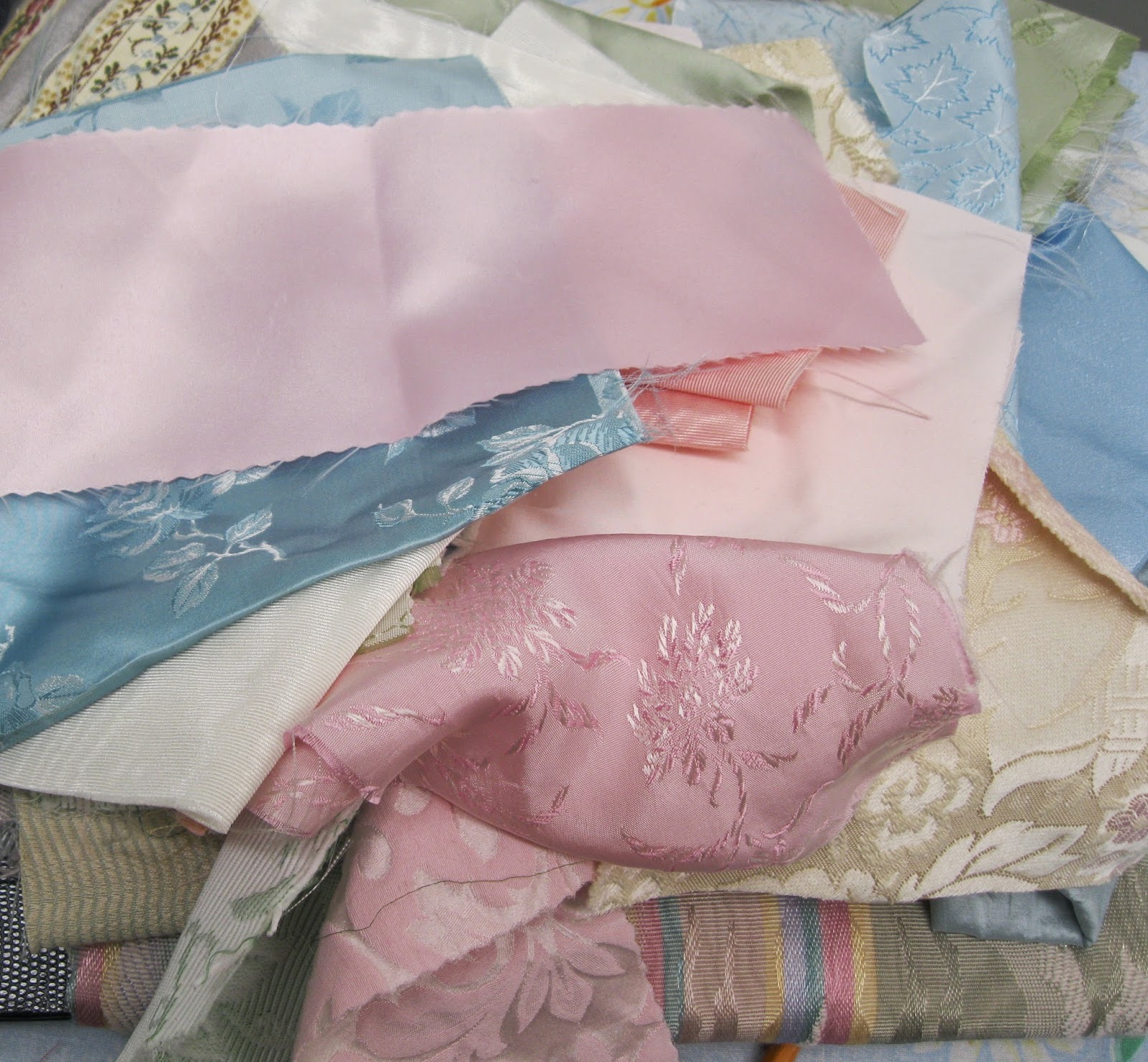 I am still in the idea-gathering stage. I`ve been researching and reading and pinning pictures on a private Pinterest board, collecting online pix, sketching ideas in a sketchbook, etc.  I have given myself another week (until the end of the month) for this phase before I gather all my possible supplies and begin piecing the block.  And then everything will probably change, or at least morph as I go along. It’s always a fluid process, isn’t it?

Now can you see why I finally cut yesterday’s post short and published the first half this morning?  This second half was way long, and together - sheesh. I need to blog more often.

By the way, I will have one more post either today or tomorrow. Subject: Lace Seaweed. It is all dyed up and just needs to be packaged and listed in my Etsy shop. That’s what I am doing this afternoon.  Oh, and for those of you who commented (or wrote to me) saying that 11 yards of seaweed lace isn`t very much, I neglected to mention that it is 13” wide. It really IS a lot. I’ve been dreaming seaweed. . .